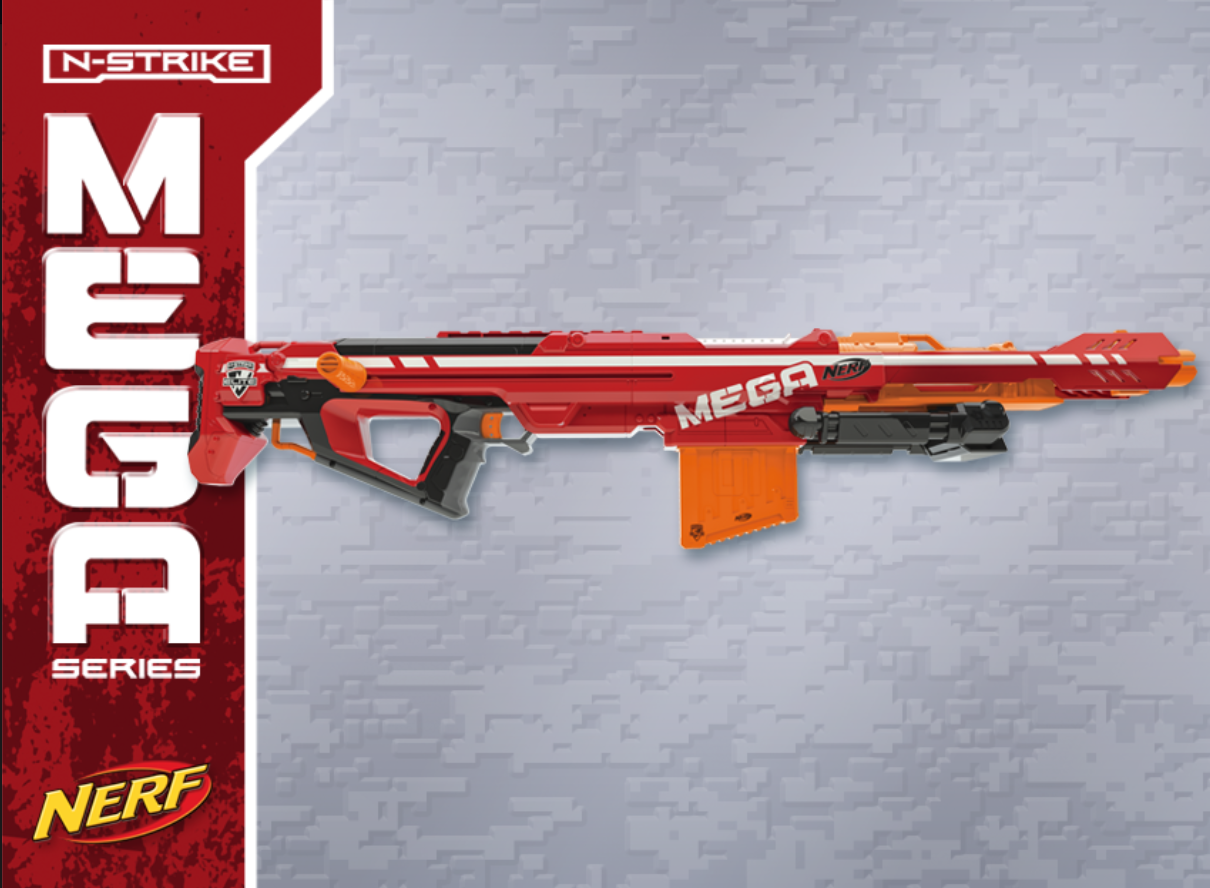 Let me begin by saying that I had already seen all the reviews and heard the horror stories about this blaster... but I'm a completionist at heart.  I figured "how bad could it be?"... well... umm... it's bad.  Long-story short: the N-Strike Elite MEGA Centurion is a train wreck.  Outside of looking cool and having a nice Bi-Pod, reading this review is more worth your time than actually going to the store to see if they have one.

Ranges are less consistent than Lindsay Lohan's drug testing results.  90-100 ft tests were successful about 1 out of every 6 darts in the clip.  The rest either veered sharply left, right, or vertical... or they flopped out or worse.  Jammed.


The blaster has already damaged itself, with a massive failure in the breech that has shredded 5 of my 6 MEGA darts.  I didn't have the heart to put my 6th dart through the same horror the other 5 had endured.  Because the blaster was pretty much broken before I could even manage a video review, I didn't even take the time to edit this footage, add fancy music or end-credits graphics.  It's not worth the time, and neither is this blaster.

Thankfully, I'm a master of turning broken Nerf blasters into kick-ass Laser Tag rifles.  It's not often that something so NEW is already broken, but I've already got plans to drop some LTAR internals in this guy, put a long-range lens on there, and make this blaster finally perform as good as it looks.

Video Review is after the jump!