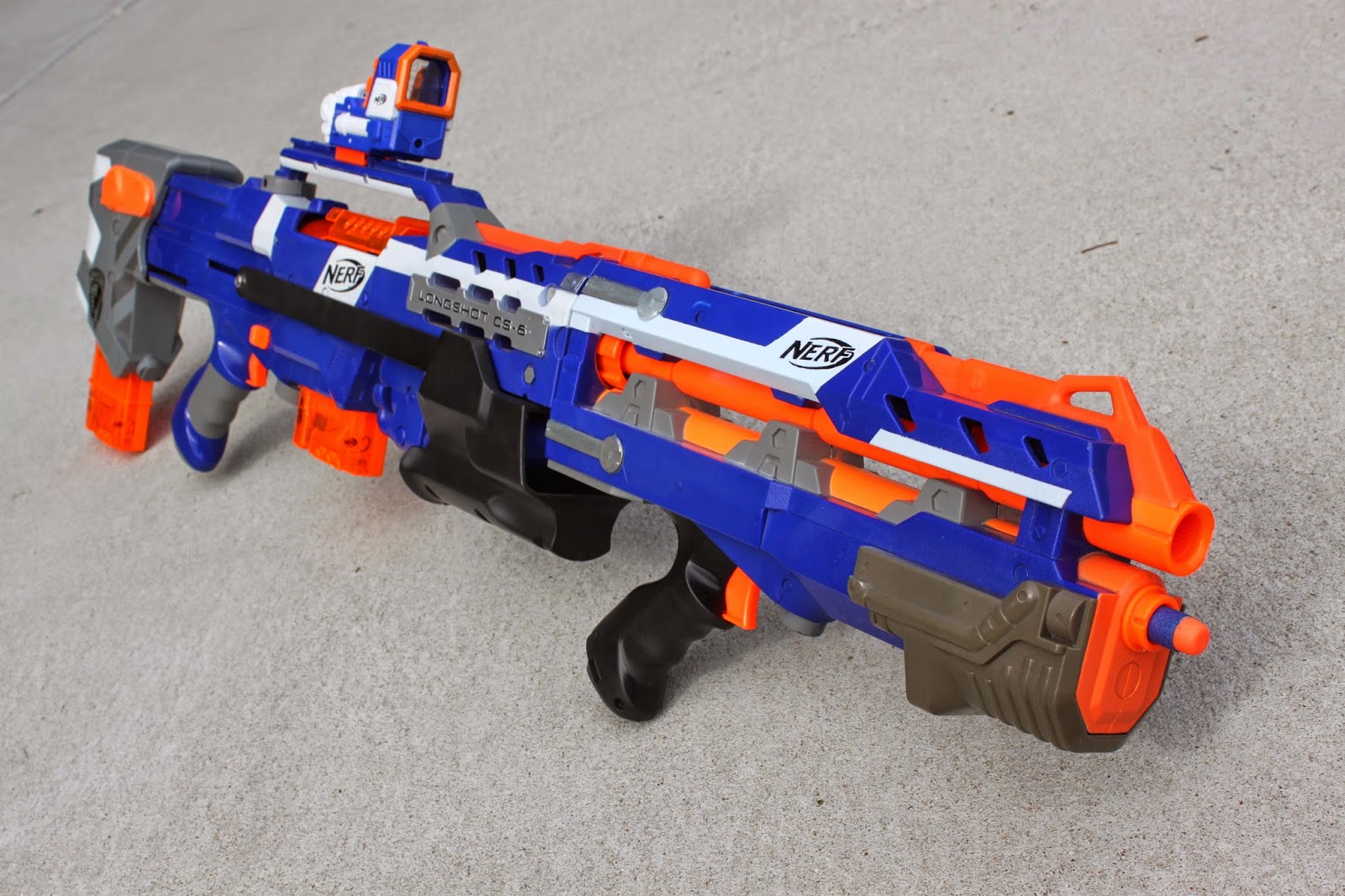 This is my second build for an "Elite" series Longshot CS-6.  No, it's not a "fake"... I assure you this blaster is quite real, but instead of Hasbro releasing an Elite-spec Longshot, I built it instead.  Just like my first one, the Elite Longshot Version 2 (or ELV2 as I've come to call it), is designed to look and perform as if one had actually been released... with a few tweaks.  This ELV2 is actually more powerful than the first one I built but also incorporates the Front Gun that I had omitted in the first one. 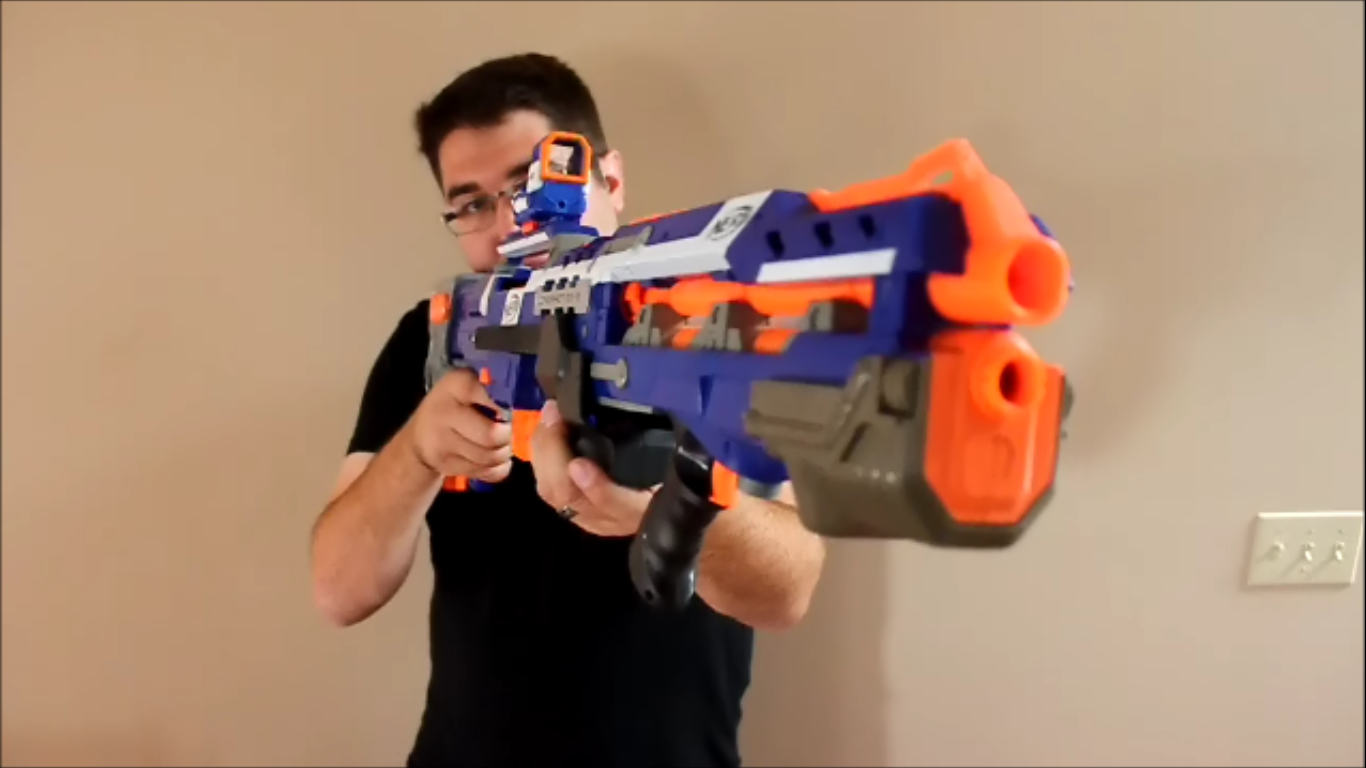 This project has been on my workbench for quite awhile.  It's not exactly what I had envisioned back in February of 2013, but I'm glad it's finally done.  My original idea was a little more ambitious, having more refined details for the pump-grip as well as integrating stronger internals into the Front Gun.  After a few jams both with the blaster and trouble with getting good ideas going, I got burnt out on the project and let it collect some dust.  I revisited it a couple of times, but never quite had the drive to really get after it until I finally decided to wrap it up and call it a day.

I still go through the comments for the original Elite Longshot I built and laugh at all the "FAKE FAKE FAKE" accusations, but I also thought it might be good to hopefully clear up the confusion that half-a-million views may have caused.  As such, I not only documented this ELV2 build much better, but also included photos from the build in the video.  The title of the video may still be just as misleading as the original, but I'm hoping that fans looking for an Elite Longshot video will stumble across this second build and figure it out.

Check out the Video and Picture Gallery to see more with this completed build!


You can see the full gallery on Tactical Tag's Facebook Page in this album.
Posted by Reverend at 4:21 PM