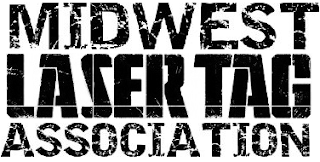 The Midwest Laser Tag Association (MLTA) was originally established in 2006 under the name "Omaha Laser Challenge Association".  Founded by 6 college students, the group started out with a few Laser Challenge Team Force sets to hand out during games held at Mission Park West, a public park in Omaha, NE.  It quickly turned from a few games held at the park with a few friends to Weekly Games held with 20-30 players at each meeting.  The collection of equipment expanded too, eventually utilizing other systems (Laser Command, Lazer Tag Team Ops, LTX, LTAR) into the

Since it's founding, each summer the MLTA holds regular summer seasons that feature the "Fight Night" every week.  There are also hold cookouts before games for certain occasions.  This group has been operating for over a decade at no cost for anyone to play.  Through the years the attendance change and fluxuate, but it has always been growing in a positive way since it's beginning.

In the MTLA's long history we have also experimented and built our own blasters and equipment to make the game more fun.  These modifications involve everything from simple changes to stock blasters to new taggers built from the ground up.  It is almost impossible to go to an MLTA game without seeing some kind of customized equipment being used by somebody.  Modifications have kept things busy for those who enjoy Laser Tag as a recreational sport as well as a hobby.

Visit the MLTA's Facebook Page for the latest information and event listings.