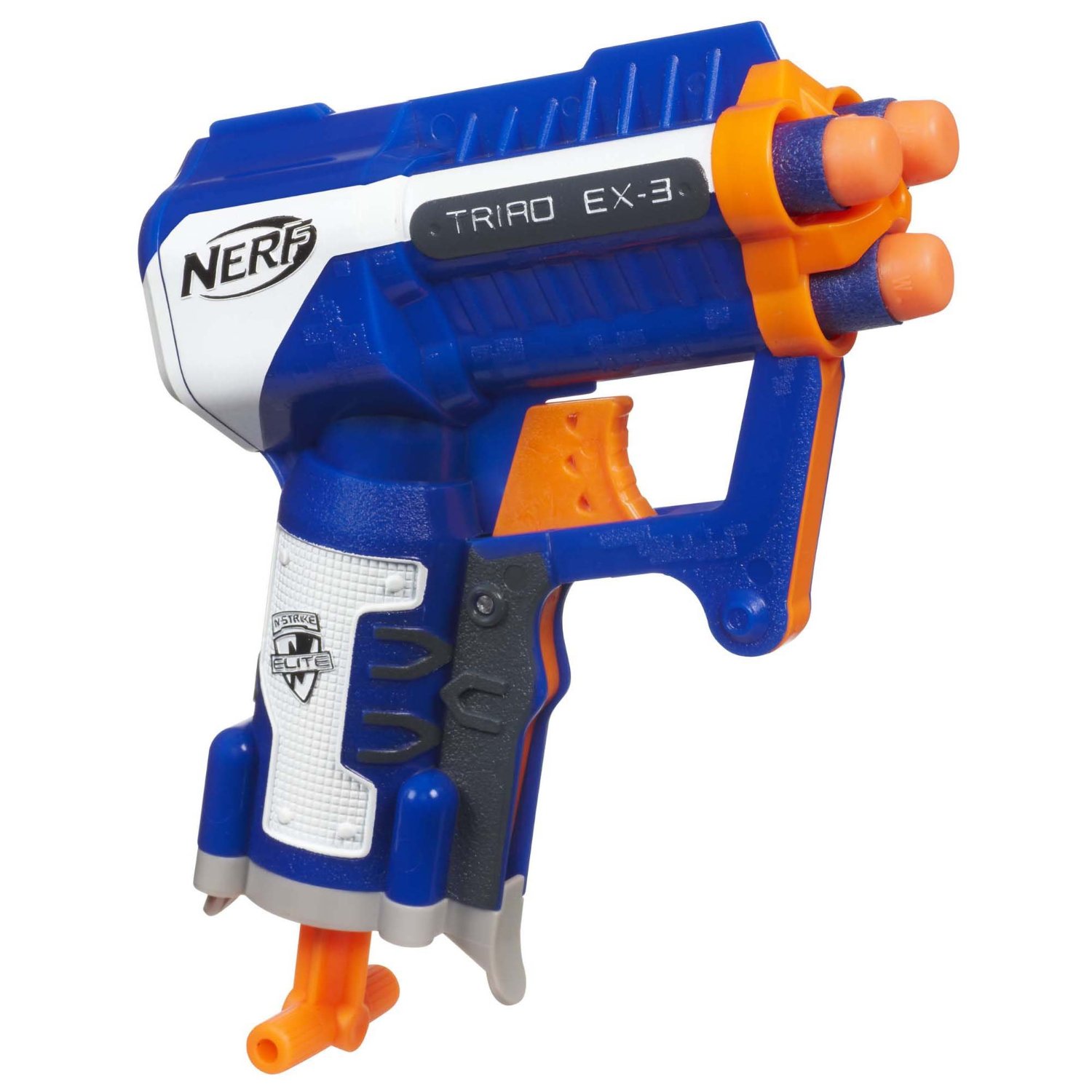 If there's one feature that's really been prominent in Nerf's newest blasters for the N-Strike Elite line, it's been "Dart Sensors".  The Elite Triad, Rough Cut 2x4 and Stryfe all utilize systems that detect whether a dart is present in the chamber or not.  The systems utilized on the Triad and Rough Cut are designed in such a way that regardless of whether the blaster has a full load of darts or whether it's only partially loaded, it will still fire.  For instance, if someone only loaded the top left barrel and the bottom right barrel of the Rough Cut's 8 dart front-loaded capacity, the blaster would still fire both of those darts when primed.  It's a nice reliable system that gives the user the comfort that regardless of where the darts are loaded in the blaster, it'll still fire.

The Stryfe is a little different.  Since it can only fire one dart at a time, it's Dart Sensor detects whether there is a dart in the clip or not.  If there isn't a dart detected, the trigger won't pull.  This system, while helpful, has a few flaws that have been noted by the community.  Certain darts (depending on their condition) and certain clips will not work very well with this blaster since it sometimes does not release the Dart Sensor safety all the way.  If the back end of a dart is bent or if a clip that does not lift up the dart as far as it should be, the Dart Sensor will remain locked and the blaster will not fire.  I've actually removed the Dart Sensor on my Stryfe due to it's unreliable nature.

Knowing the safety mechanisms and features of your blaster can make a big difference for effective use in games.  I hope that understanding these systems more will help players utilize them to give them a tactical edge when being used!
Posted by Reverend at 3:50 PM