There are two things that are currently bothering me.  The first is the seemingly unlimited amount of "It looks like a gun from (insert video game name here)" or "It looks like a (insert real gun name here)" comparisons for Nerf blasters.  The second is that I haven't made a rant in a long time.  Well, I get the feeling I can take care of at least ONE of those rants!

I'll skip the "Gun vs Blaster" debate since Coop has taken good care on that one and cut right to the chase... comparisons of a toy dart blaster to a real steel gun bug me to no end.  In my videos, I've poked fun at the "Dowse it in black Call of Duty" paint jobs and such, but it's really less that I'm trying to make fun of that game and more that I don't care for it when someone's only contribution to any sort of commentary or discussion is "it looks like an M4". 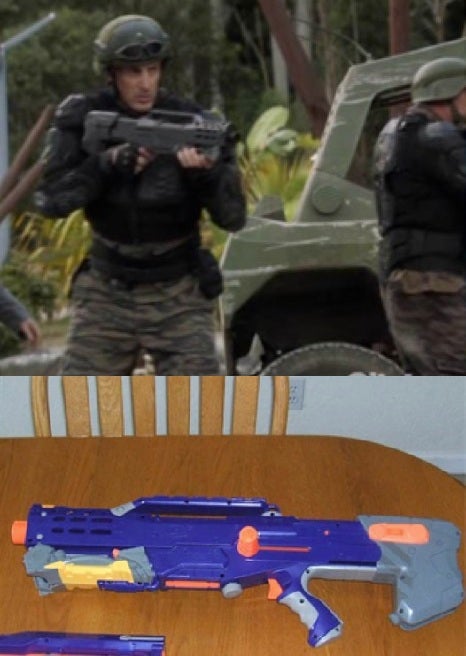 To me, it's fine if there are some similarities between real steel weapons or science fiction props.  In some cases, some of those props are literally repainted Nerf blasters!  They look the part!  And I actually really like it when fellow modders build or paint their blasters to look like their favorite weapon from a Movie or Videogame.  That's not what I have a problem with at all.

What I take issue with is when that comparison is the ONLY feedback that is given, especially when the intent was not to mimic whatever it is that a person is comparing it to.  A review on the Retaliator "It looks like an M4".  A repainted blaster.  "It looks like a gun from Mass Effect".  I've seen it a billion times on my own work or on someone else's review or modified blaster.  Unless they were specifically trying to achieve that certain look, telling someone "It looks like (blank)" is probably the most irritating feedback someone can receive.  Well, actually I take that back.  Bobololo proved that the internet is capable of so much more than useless comparison comments.

It's almost in the same vein as "if you can't say anything nice, don't say anything at all"... only instead of yelling the usual internet obscenities (again, as Bobo brilliantly displayed.  I think I've watched that video 4 or 5 times now) it's the uselessly overused comment that someone can bestow upon a review, picture, blog post, or whatever it is.  I would almost liken these kinds of comments to the equally useless "FIRST!" posts commonly seen on YouTube videos. 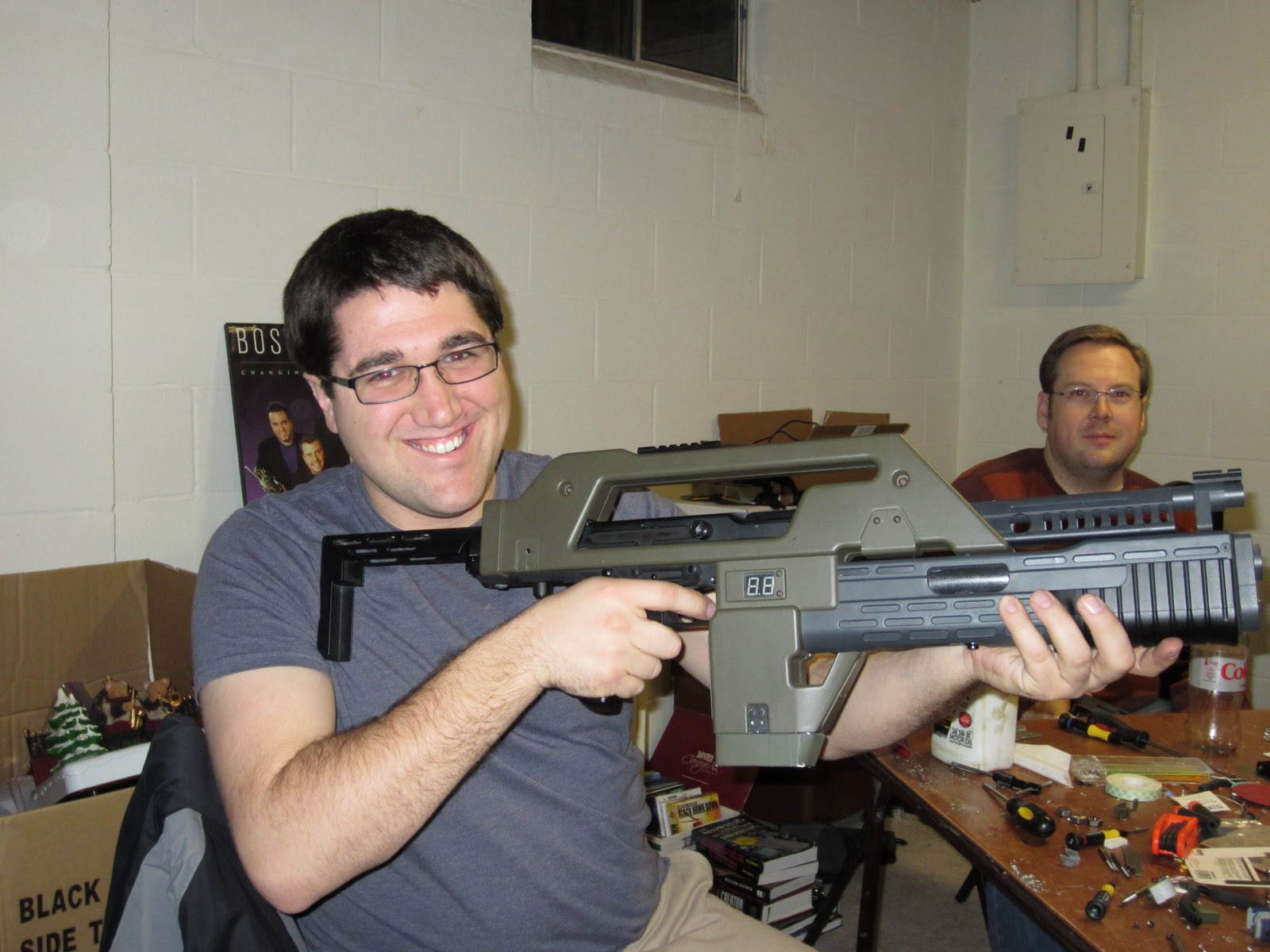 At the end of the day, it's not that making blasters to look like on-screen stuff from movies, games and other sources bothers me.  In fact, I'd be one heckofuh hypocrite if I thought that... what with my obsession over the M41A Pulse Rifle from the Aliens movie.  That's all fine and dandy.  I'm also not completely against making toy guns look like real steel weapons... though it's not something I'll ever pursue.  When all is said and done... the "It looks like a (blank)" comment has an eyeroll-inducing effect on me... ESPECIALLY when it's not the focus of the content in the first place.


End rant!  Carry on about your business, readers!
Posted by Reverend at 2:39 PM