As if it wasn't already official from the last 20 bow-based blasters we've seen on shelves, Nerf has gone bonkers for Bow N Arrow and Crossbow setups.  For the first bit of that, it was more or less faux bow arms attached to a plunger-system blaster.  The Nerf Big Bad Bow, the Rebelle Guardian Crossbow, the ZombieStrike Crossfire Bow, they're all culprits of this design and can easily have the bow arms left off while retaining their basic functionality as a blaster. 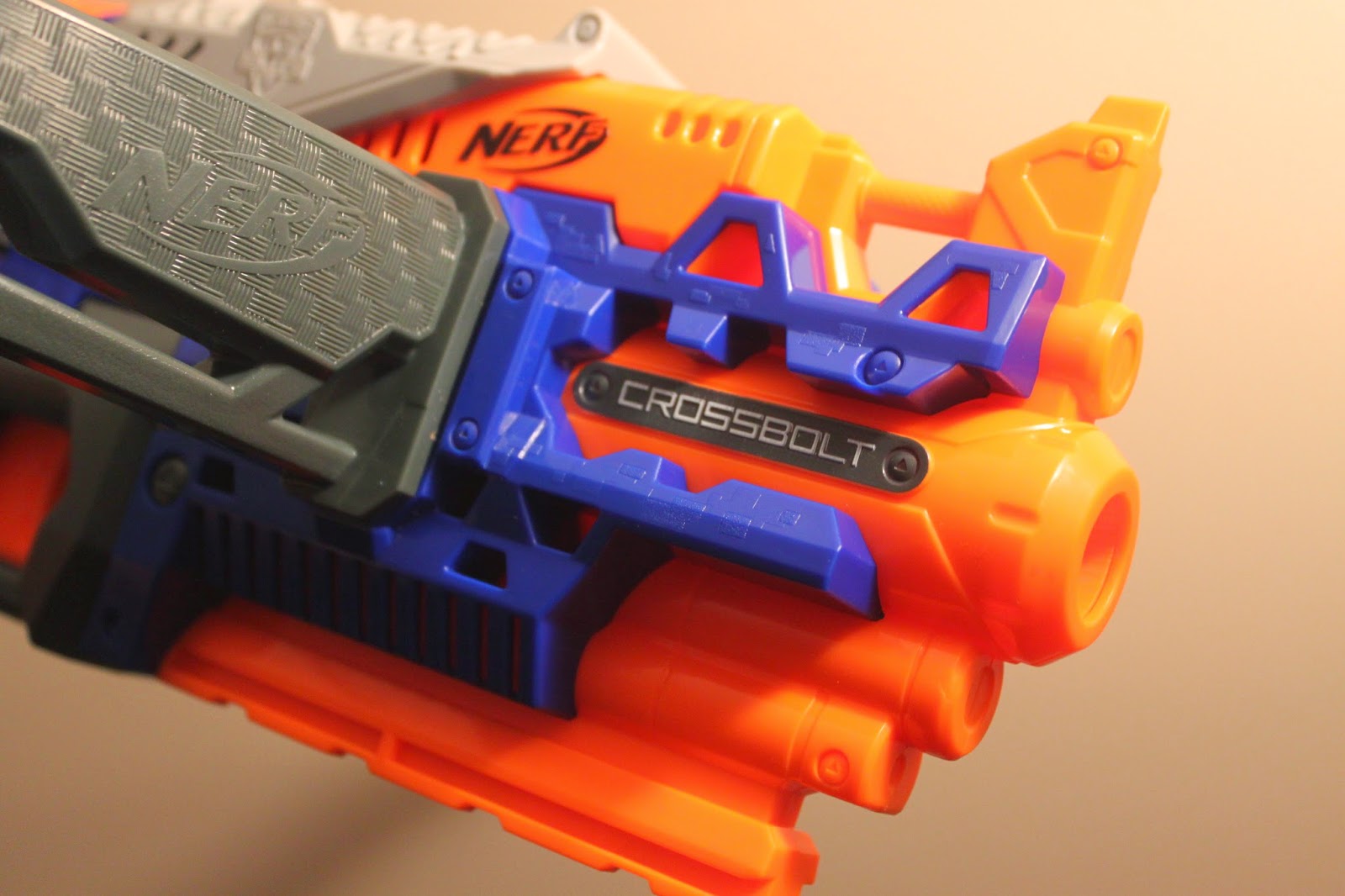 Somewhere along the line, there must've been one guy at Hasbro who said "Hey!  Let's make functional bows!" because now, amidst the rest of the bow products they already have, there are a few that can actually sling darts or arrows utilizing their namesake.  In this case, it's the NERF N-Strike Elite Crossbolt.

I think I can speak for all Nerf fans when I say that even IF the bow arms on this were fake... we still wanted this blaster.  This mean-lookin bullpup style blaster has an undeniably aggressive design, despite it's compact size.  However, as the photos floated around the internet and fans began to break down how this blaster might work, we realized this blaster would actually fire darts by use of the elastic cord held in by two bow arms at the front.  Since then, the blaster has been released and is available at most local retailers.

UPDATE: I mention in the review a size comparison to the Rayven and there have been a few questions about that.  Here's a photo of the Crossbolt and the Rayven with their Magazine chambers lined up.  You'll notice that not only is the Rayven's stock longer by almost two inches, but that the Crossbolt trigger is also a little shorter. 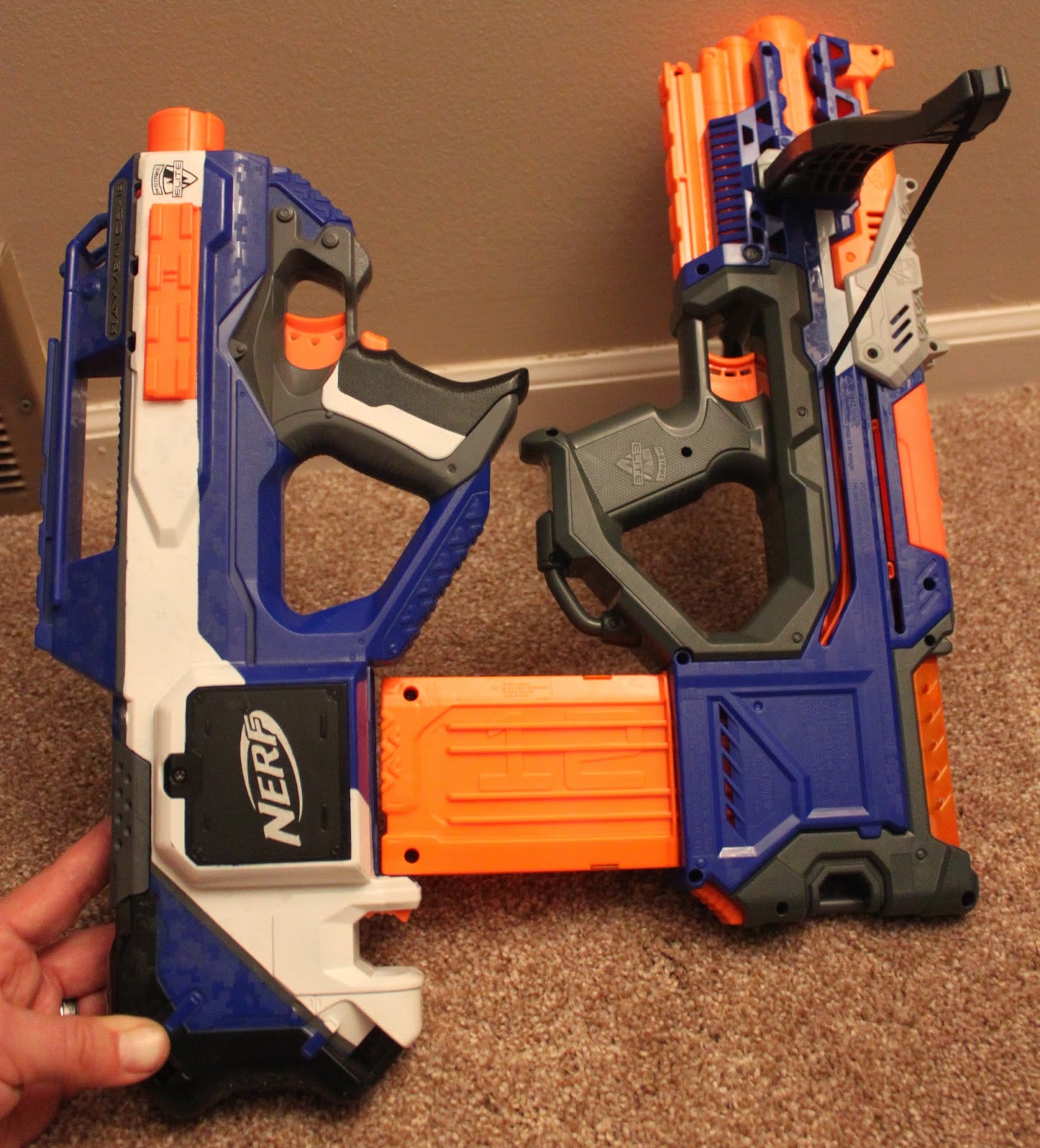 There are some good and bad things about the blaster, of which I cover in detail in the video below.  Click "Read More" to see it!