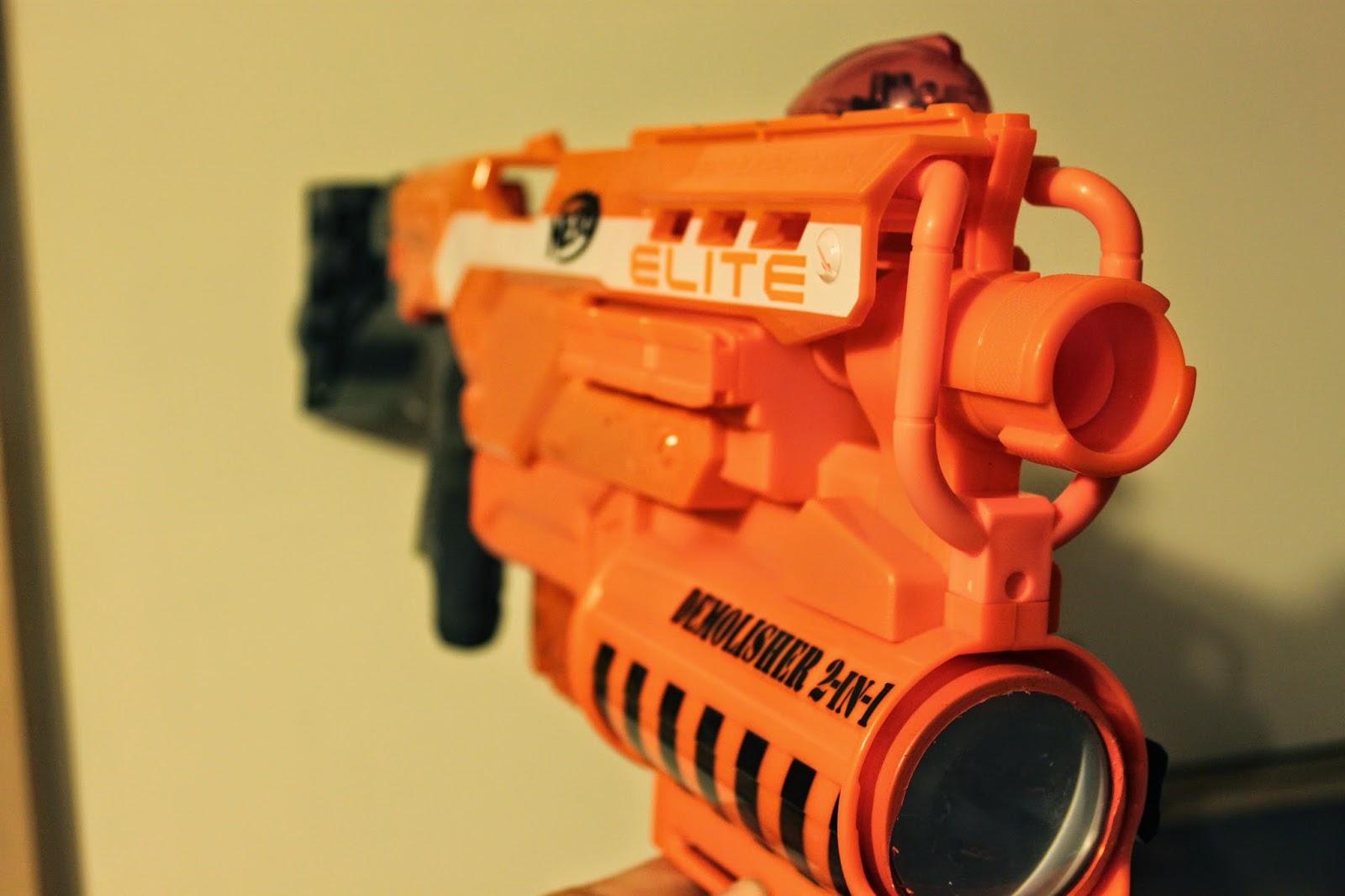 Generally when I do a Laser Tag recasing, it's pretty simple to integrate the components into whatever shell I'm using.  However, when dealing with leaving other components in, like those needed to fire Nerf Darts, real estate inside the shell gets limited.  When this happens, I have to get a little more crafty with how I fit things into the blaster.

In this case, it's this Demolisher Project that I've blown the dust off of.  In the summer of 2014, I started working on making this "2 in 1" blaster actually serve both of my hobbies under one roof... making it a true "2 in 1" in my books.  Nerf darts slingin from the top barrel.  Laser Tag IR shots blazing from the bottom.

Fitment has hit a bit of a snag for two major portions of the Lazer Tag Augmented Reality (LTAR) system that I'm using to integrate into the Demolisher's shell: the motherboard and the Sensor Dome.  These are major hurdles that must be overcome in order to move forward, so I'll be spending some major time this week getting around these two bits.  Once the placement is right, then I can start wiring up all of the other components and make some significant progress on the rest of the blaster.

Check out the video after the jump to see details of this update!