Baidu is "Not Quite Dead" 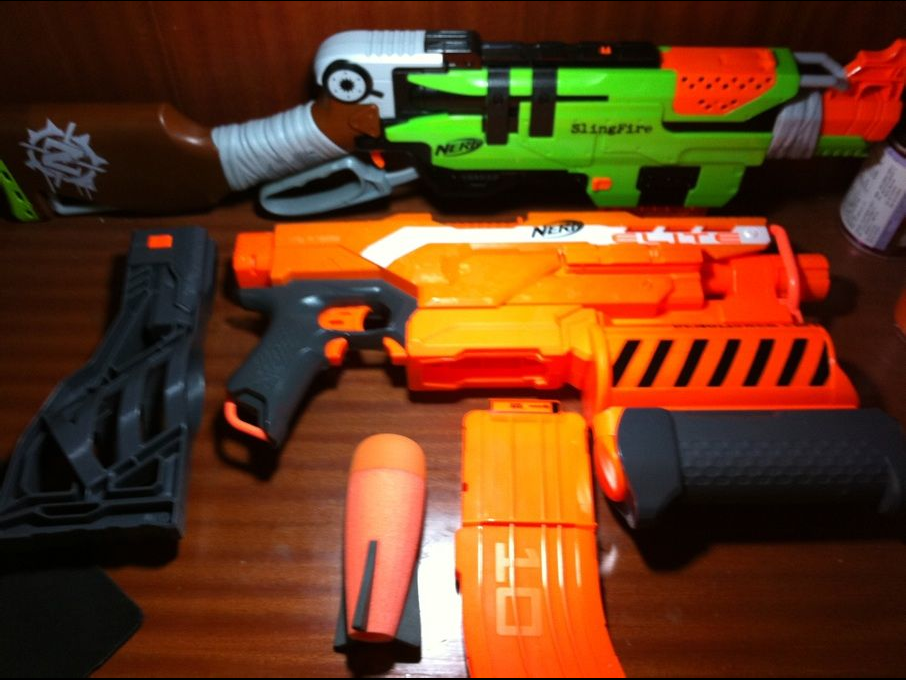 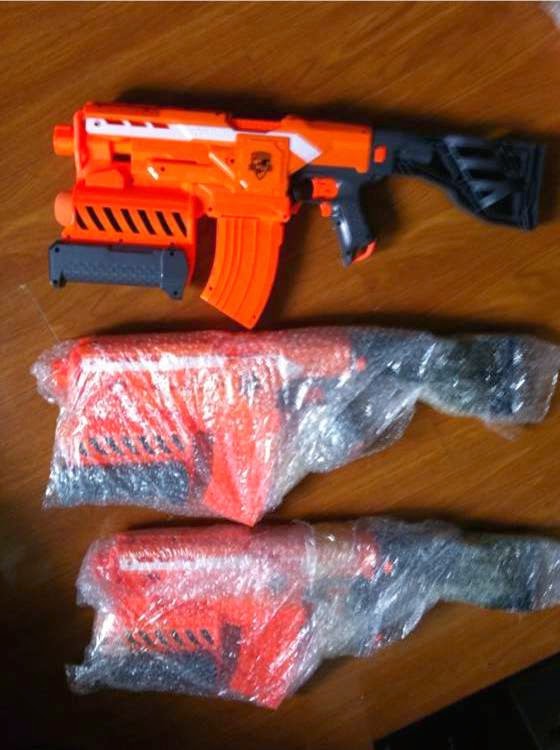 I had almost forgotten how good it felt to wake up and check one of my favorite Aussie blogs to see some unreleased blaster show up in China!  That's right, Baidu is apparently still at full-steam ahead for getting their hands on upcoming Nerf blasters ahead of schedule.  This latest batch features the Nerf N-Strike Elite Demolisher 2-in-1 and the Nerf ZombieStrike SlingFire.

Aside from the incredible jealousy I'm feeling right now, there's nothing really new to glean from these two blasters.  We've seen photos before, we know how they'll work from the demonstrations from ToyFair earlier in the year.  But seeing them in the flesh means two things.  1: some kid in China is having the time of his LIFE shooting his friends in the head with that rocket.  2: these are probably on that "It's supposed to be out in the Fall, but it'll be more like July or August" release schedule we've gotten used to.  One of those "Coming on 09-09-14" things that'll be here long before the actual release date.

In the meantime, I keep seeing Orange Stryfes wandering around... and it makes me worried for the Demolisher's aesthetics.  Earlier photos of the Demolisher showed an Orange-on-Not-quite-as-Orange colorscheme that helped break up the Safety Cone look.  However, these photos from Baidu show more of a "ORANGE EVERYWHERE" look to 'em.  The Demolisher will certainly need a paint job to look good at all if you ask me.  Having one blaster the same color the whole way through leaves something to be desired in the way of seeing the details in the shell design.  And let's face it... the Demolisher's good looks are half of it's appeal in the first place!