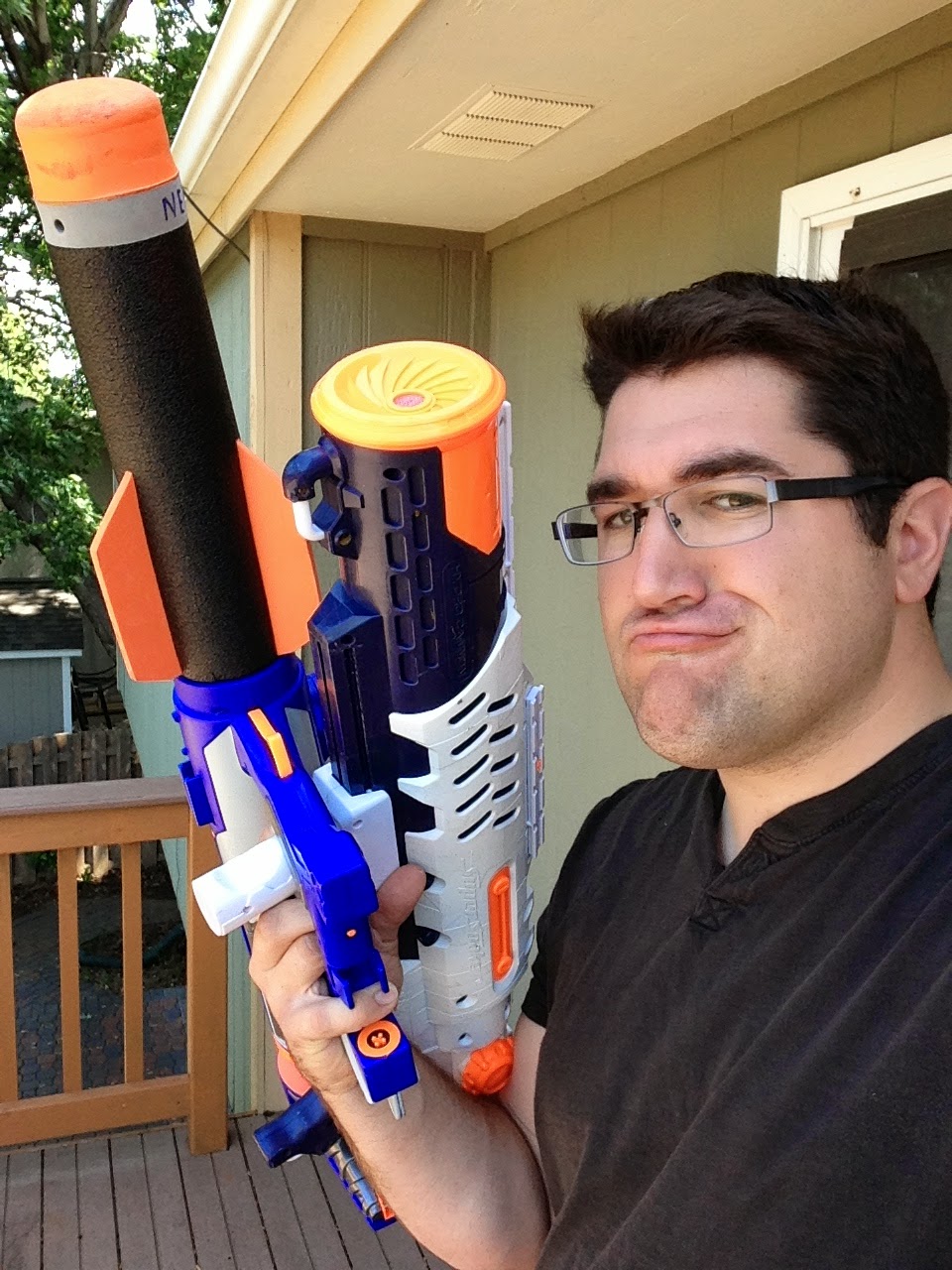 One of my first acts as "husband" was to free the back porch of the very face of EVIL.  A wasp was building a new home on the side of my home, so I decided how to lay waste to his plans.  Flyswatter?  Nope, he'd be expecting that.  Can of Raid?  Nah... chemical warfare is SOOO 1918.  I had cooler, much more interesting plans than that!

Inspired by Ellen Ripley's cunning use of a Flamethrower attached to an M41A Pulse Rifle in the iconic Sci-Fi film Aliens, I decided to pair a Nerf Titan AS-V1 Rocket Launcher to a Super Soaker Hydro Cannon.  My thought was that the Hydro Cannon would fire first, drenching the wasp so he would be unable to fly at first.  Then the Rocket Launcher would smash him into the wall before he could dry off and make his escape.

So I gave that jerk the old "1-2" and he was down and out for the count.  It was pretty fulfilling using this unlikely duo to defend my home!  Thanks for the tip, Ripley!
Posted by Reverend at 11:35 AM