As many blogs, websites, and news sources around the Nerf Nation have reported, there's yet ANOTHER crossbow-based blaster on it's way to shelves.  This latest one, the N-Strike Elite Crossbolt, is a bit more puzzling in terms of how it works, but has also been spotted for sale on the Amazon.com.uk site.

Originally, the Crossbolt was part of the handful of blasters featured on a larger image that was leaked in September of 2014.  Most recently, the MEGA Cyclone Shock (as reviewed by our friends at SBNC), is out and about, so one-by-one, they are becoming a reality.  However, there's a cloud of confusion currently around the Crossbolt.  There's really only one photo of it out on the interwebs that simply shows a bullpup style magazine-fed blaster with a gray priming handle on top, a tactical rail on the bottom, and bow arms on either side.  Personally, I think it looks awesome, but then I try to figure out how it works. 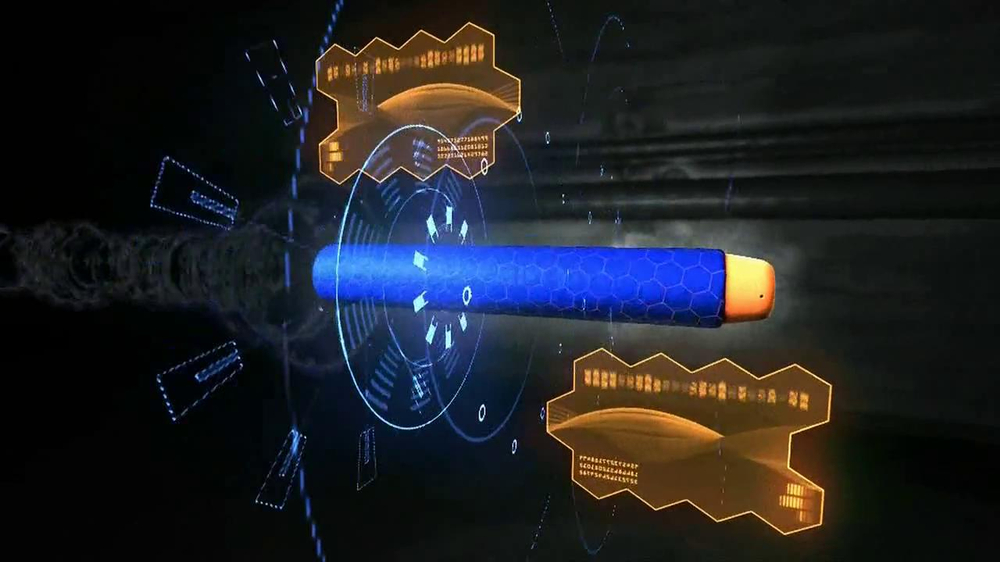 Many fans have been going off of the "It says 'real crossbow action' so it must be string-powered" assumption, but the Crossfire Bow in the ZombieStrike lineup says that too... and it's not actually using the crossbow bits to fire.  The only other bullpup-style blaster in the N-Strike or N-Strike Elite lineup currently is the Rayven, but this appears to be a manually-primed blaster.  It also lacks any signs of being battery operated like the Rayven (no accelerator trigger for the flywheels or battery box) so that strengthens the idea that this is some kind of plunger-system blaster.  Considering the space things are in, there's got to be an arm that sits above the magazine that moves the dart into position.  Then there appears to be two jam doors on the top side of the Crossbolt.  One is over the magazine well but the second seems to be over the middle portion... presumably where the mysterious internals are.  The bow arms are in-line with the barrel too... which toys with the idea that it is, somehow, a functional use of "crossbow action".  Suddenly, that idea of it actually utilizing the bow arms to sling a dart forward start to make sense.  Does the priming handle simply move a faux string back and forth while plunger internals do all the work?  Or could a string-based firing system actually shoot a dart to Elite ranges?

That deadly mix of "not enough information" and "we're basing this off of existing tech" information start to conflict with one another.  After being fed Flywheel after Plunger after Flywheel blaster over and over, it's tough to accept the possibility that this could be using something new.  There is, after all, that Nerf SlingShock that's coming out that looks to utilize functional strings to launch that dart... so there are newer ideas at work in the Hasbro office.  And with all the faux bows that have been out there before, there's nothing really trustworthy about "real crossbow action" other than just being a fancy selling point and not an accurate description of how it actually works.

The other bit to the puzzle is availability.  With no other photos of this blaster in existence at the moment, and with no sightings or leaked photos showing different angles, it's hard to believe that it is currently listed for sale on the UK site for Amazon.  This 12-Dart blaster has supposedly been available since last week... but still no other photos or information exist.  The plot thickens!