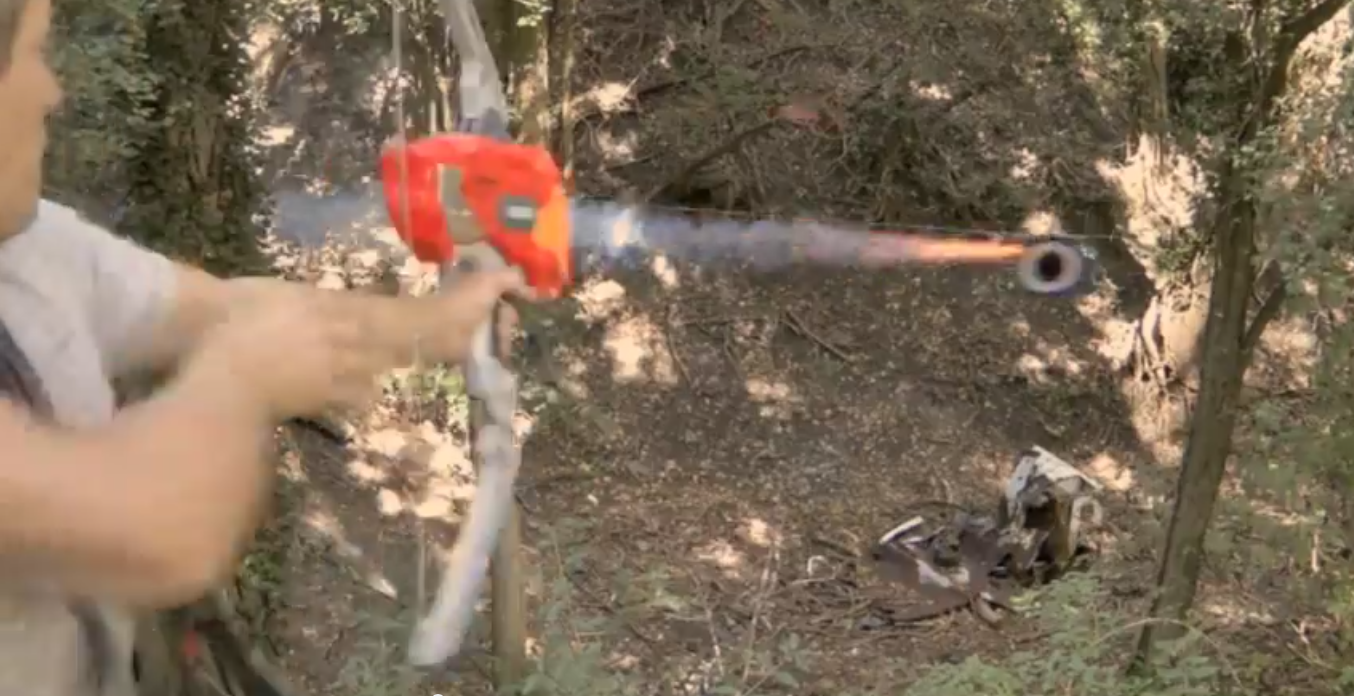 Those crazy Brits!  Colin Furze has been know for making a video or two that are... what's the best way to say this... explosive.  While he's done more than play with fire, I certainly think some of his more entertaining videos have hit a home-run with the pyromaniac in me.  So when I saw his Thunderbow laying waste to the countryside, I thought two things instantly.  1: I gotta share this with Tactical Tag.  2: I wish this had come out in July when Fireworks were legal in my area so I could go out and rig up something similar!

While this Nerf MEGA Thunderbow isn't ACTUALLY shooting bolts of explodie goodness, the targets ARE hit-sensitive.  Any Nerf blaster with enough hitting power could probably pull off something similar, but that's really not the message I found in this.  Sometimes I get too obsessed with the tactical-side of these toy guns.  I suppose the mere name of this blog might have something to do with that.  But the reviews I've seen of the Thunderbow won't appeal to those who are looking for something that's technical.  It's just flat-out fun, as evidenced by this 24-year-old tearing up the British back country.  I've largely ignored the MEGA Thunderbow because I just thought it was silly... but it took an English Gentleman in a Tie wreaking havoc on explosive-rigged targets in the deep woods to realize that silly isn't a bad thing.

It's all too easy to get caught up in being far too serious about these blasters.  Colin certainly delivered the wake-up call of a bonkers video like this that have shaken the rust off the kid in me.